The early 1980s proved a challenging period for Canadian business. Inflation returned, interest rates soared toward 20 per cent, and the prospects for economic recovery were far from certain. Despite its solid earnings and profits, Power Corporation decided it would be prudent to restructure its capital base and lower its long-term debt.

In April 1984, to create an integrated financial services group, Power transferred its holdings in Great-West Life, Investors Group, and Montreal Trust to a new subsidiary, Power Financial Corporation, which went public a year later. Another series of transactions in 1984 and 1985 resulted in the complete elimination of Power’s long-term debt. 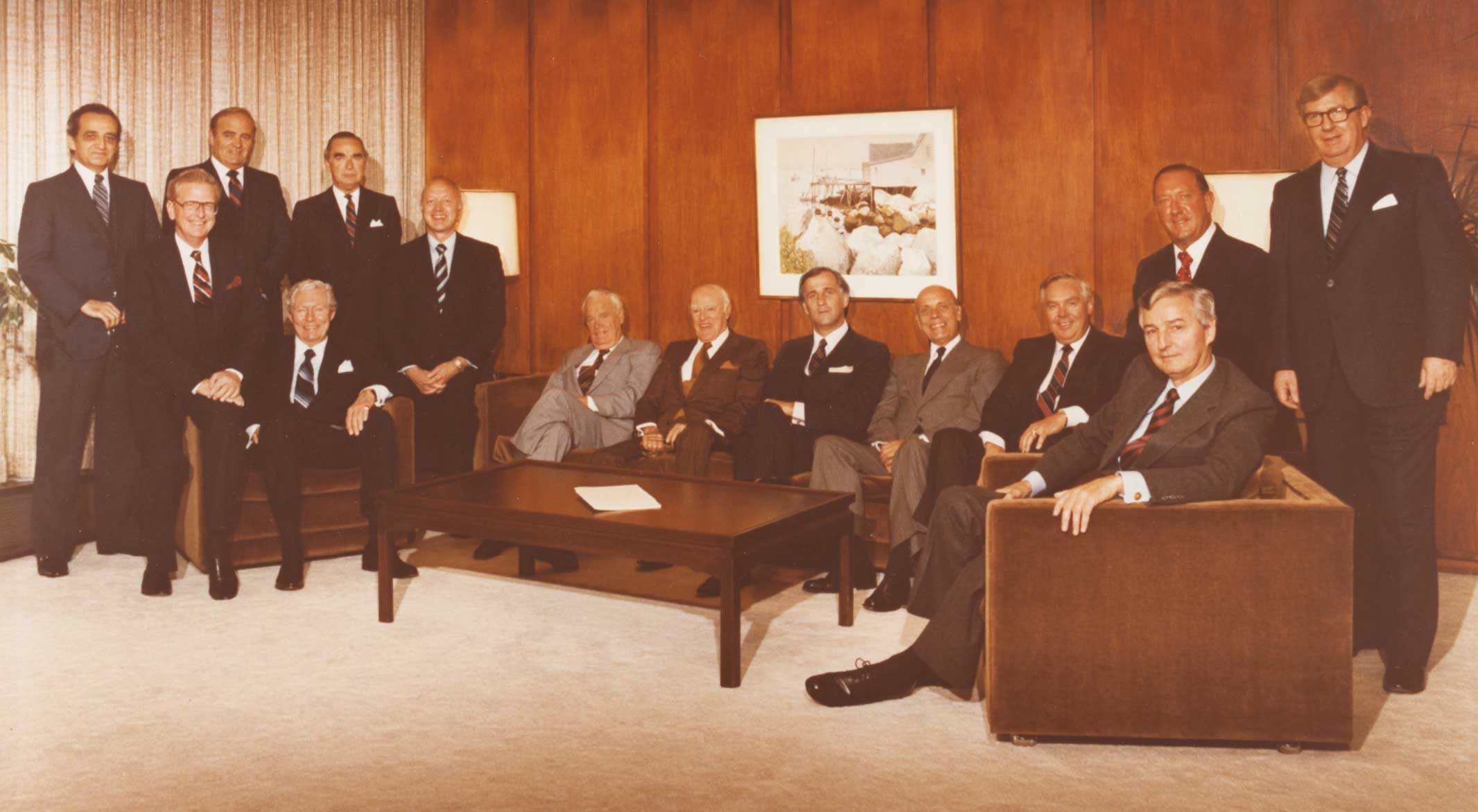 In July 1981, Power Corporation made an abrupt break with its history by selling its wholly owned CSL Group for $195 million. Gone was its long and important association with Canada Steamship Lines; gone, too, for the first time in Paul Desmarais’ business career, was the bus service. But Power’s disposition of one important company in the transportation sector allowed it to invest in another, even bigger one. Almost immediately it purchased 4.4 per cent of the voting shares of Canadian Pacific Limited (CP), the giant rail, shipping, oil, and real estate conglomerate, and came to hold another 1.4 per cent through its subsidiaries. A 10-year standstill agreement restricted Power from buying more than 15 per cent of CP’s shares while giving it two seats on its board and one on the executive committee. 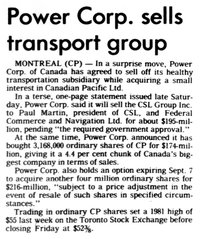 Also in 1981, in a move that would prove of more enduring consequence, Power Corporation made a $20 million investment in Pargesa Holding SA, a Swiss corporation that owned a major interest in Banque de Paris et des Pays-Bas (Suisse). The Swiss bank had been a subsidiary of Compagnie Financière de Paris et des Pays-Bas, the French banking organization commonly known as Paribas, with which Power had enjoyed a close association for several years. 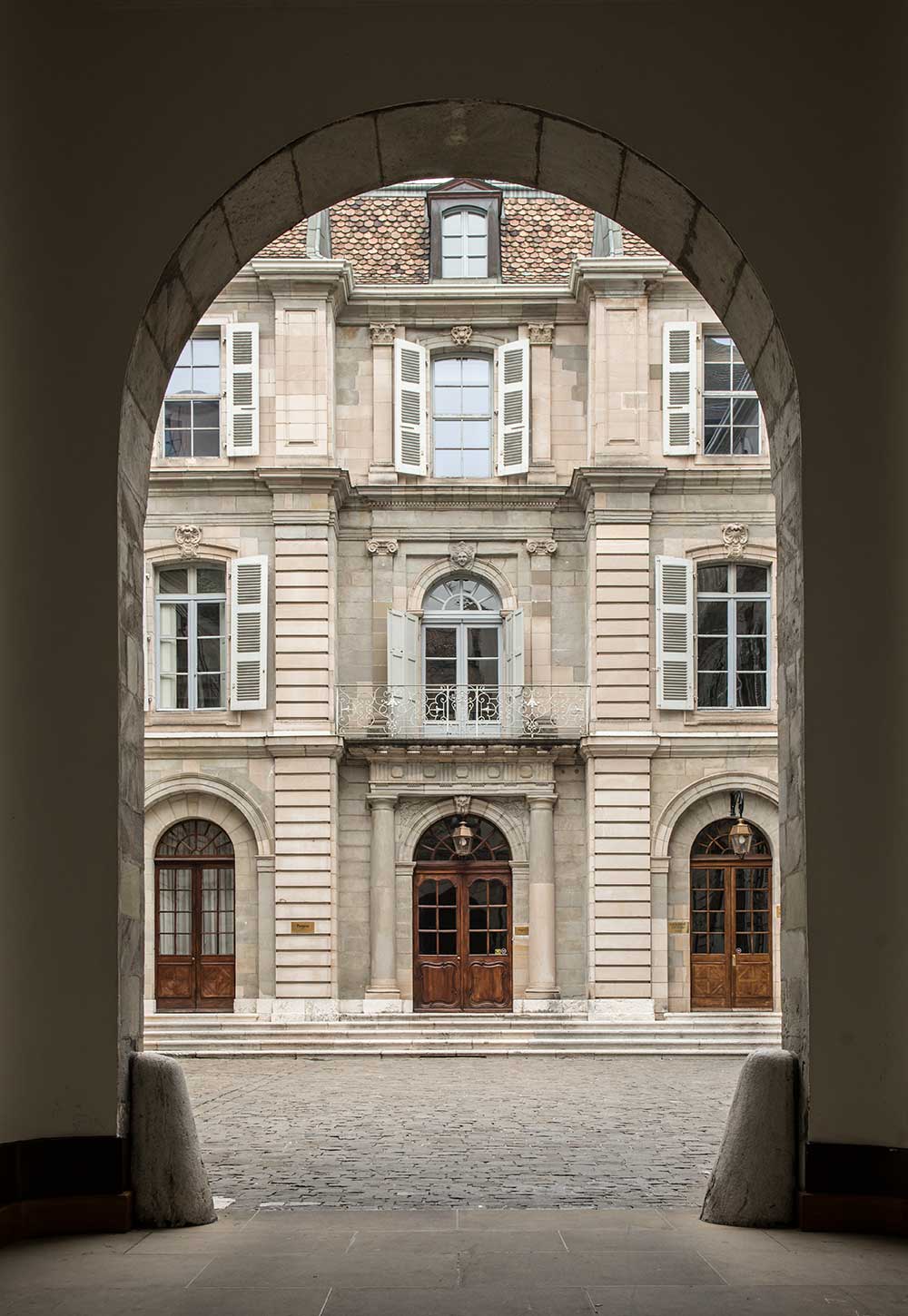 Power Corporation’s Holdings at the end of 1981

Paribas had bought 20 per cent of Power’s equity in 1978 and Power bought 2.3 per cent of Paribas in 1979. The two companies were also represented on each other’s boards. Just before the government of France moved to nationalize it in 1981, Paribas divested itself of its non-French assets and Power subsequently used its compensation payment to buy control of Pargesa Holding in alliance with several partners, not the least of whom was the Belgian entrepreneur Albert Frère. It was the start of an extraordinary partnership and a fortunate development for Power. 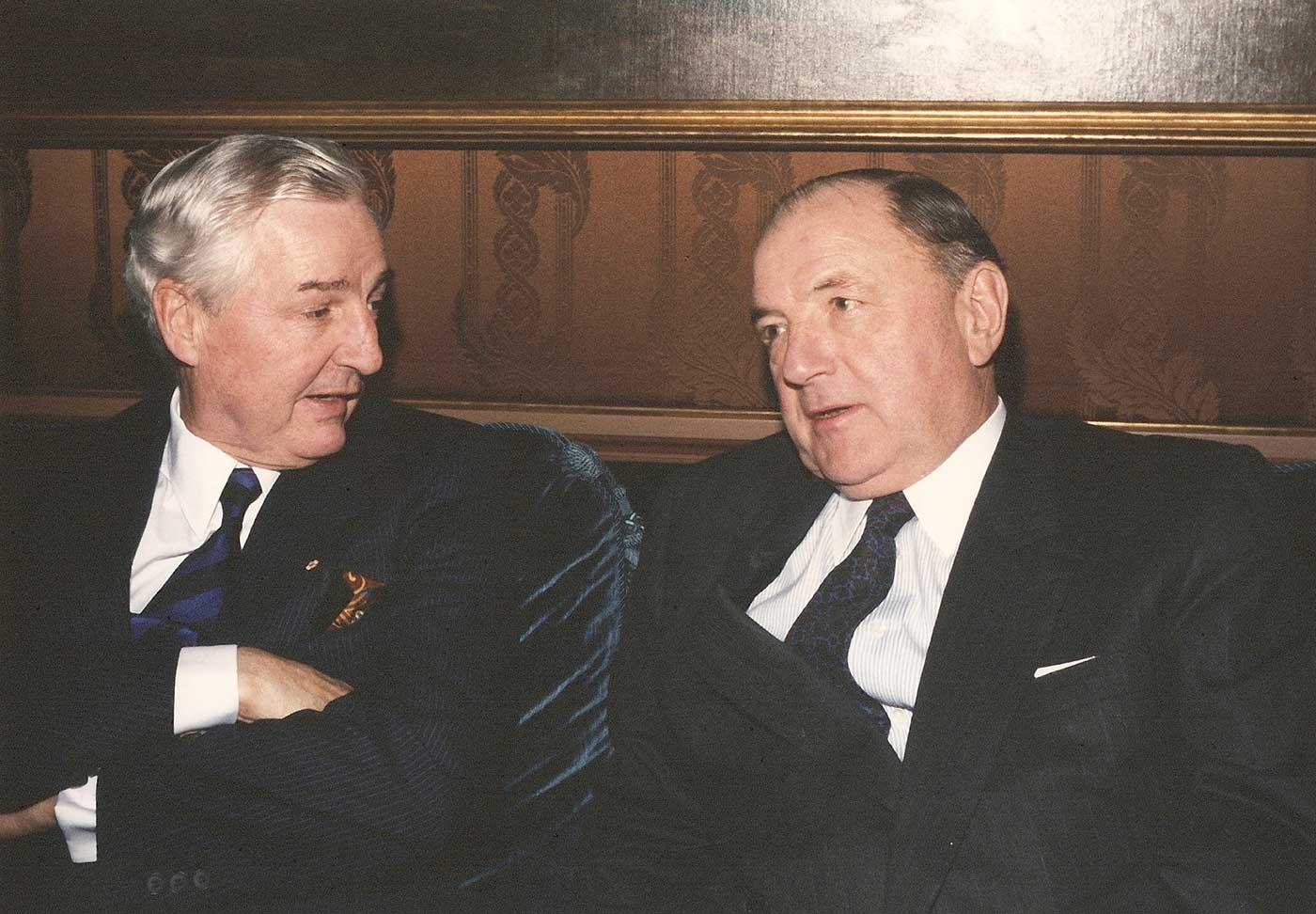 Notably, it was also in 1981 that Paul Desmarais, Jr. joined Power Corporation, to be followed two years later by his brother André. Upon entering the Corporation in leadership roles, both became closely involved in the development of the corporate strategy and the various transactions undertaken by Paul Desmarais and his management team. From the beginning as controlling shareholder, Paul Desmarais intended that his sons would one day succeed him and the family’s historic connection to Power Corporation would endure for future generations.

In those initial years, the two brothers focused their attentions on different aspects of the business. Paul Desmarais, Jr. helped found Power Financial Corporation in 1984 and became its President and Chief Operating Officer in 1986. He also oversaw Power’s European holdings. André became closely involved in forest products and communications, and was appointed President and Chief Operating Officer of Gesca in 1984, and Chairman and Chief Executive Officer of Power Broadcasting in 1988. He also provided oversight on Power’s activities in China and served as Chairman of the Canada China Business Council from 1992 to 2002. 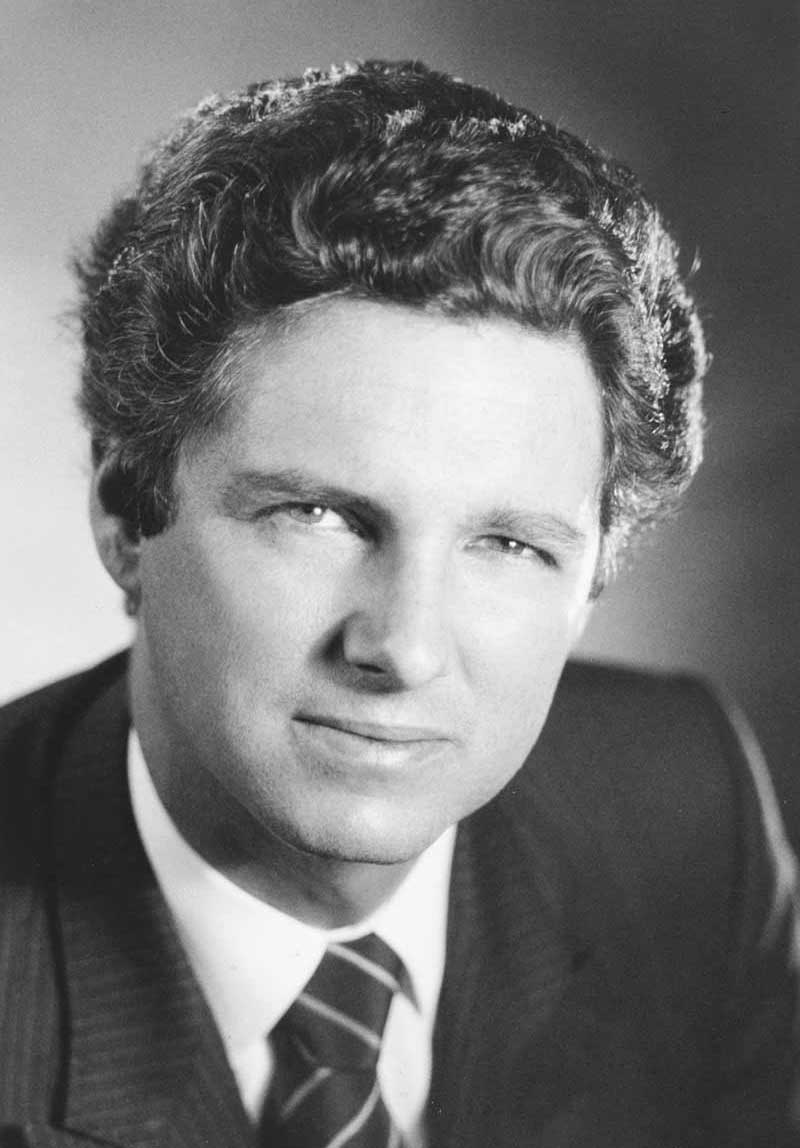 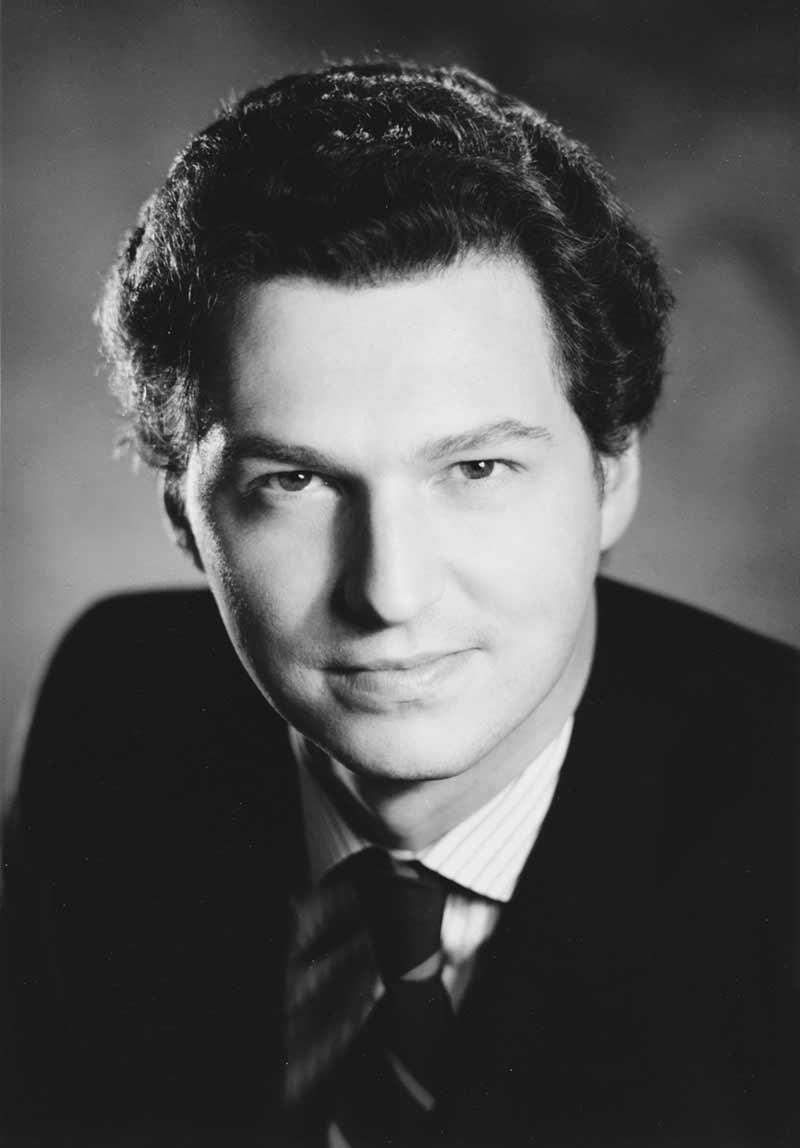 When they took over as Co-CEOs in 1996, they each brought in-depth knowledge of their respective areas to Power Corporation’s business operations. The two made for a strong team with their distinct but complementary skills and background. 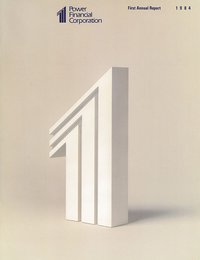 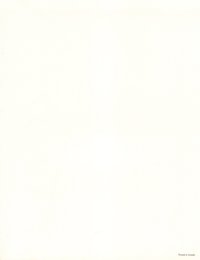 The early 1980s proved a difficult time for Canadian business. Inflation returned, interest rates soared towards 20 per cent, and the prospects for economic recovery were far from certain. Consolidated-Bathurst’s forest products were particularly affected, while its involvement in oil and gas resources met with mixed results. With solid assets, earnings, and profits, Power decided it would be prudent to restructure its capital base and lower its long-term debt.

With those goals in mind, and to create an integrated financial services group, Power’s major financial holdings in Great-West Life, Investors Group, Montreal Trust, and Pargesa were transferred in April 1984 to a new subsidiary, Power Financial Corporation, which went public with a new issue and a secondary offering a year later. 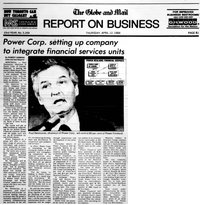 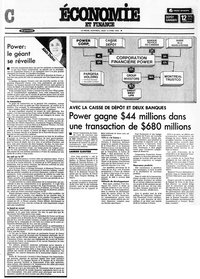 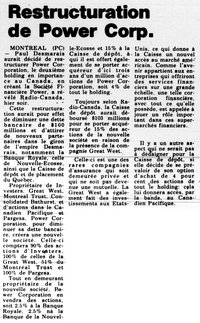 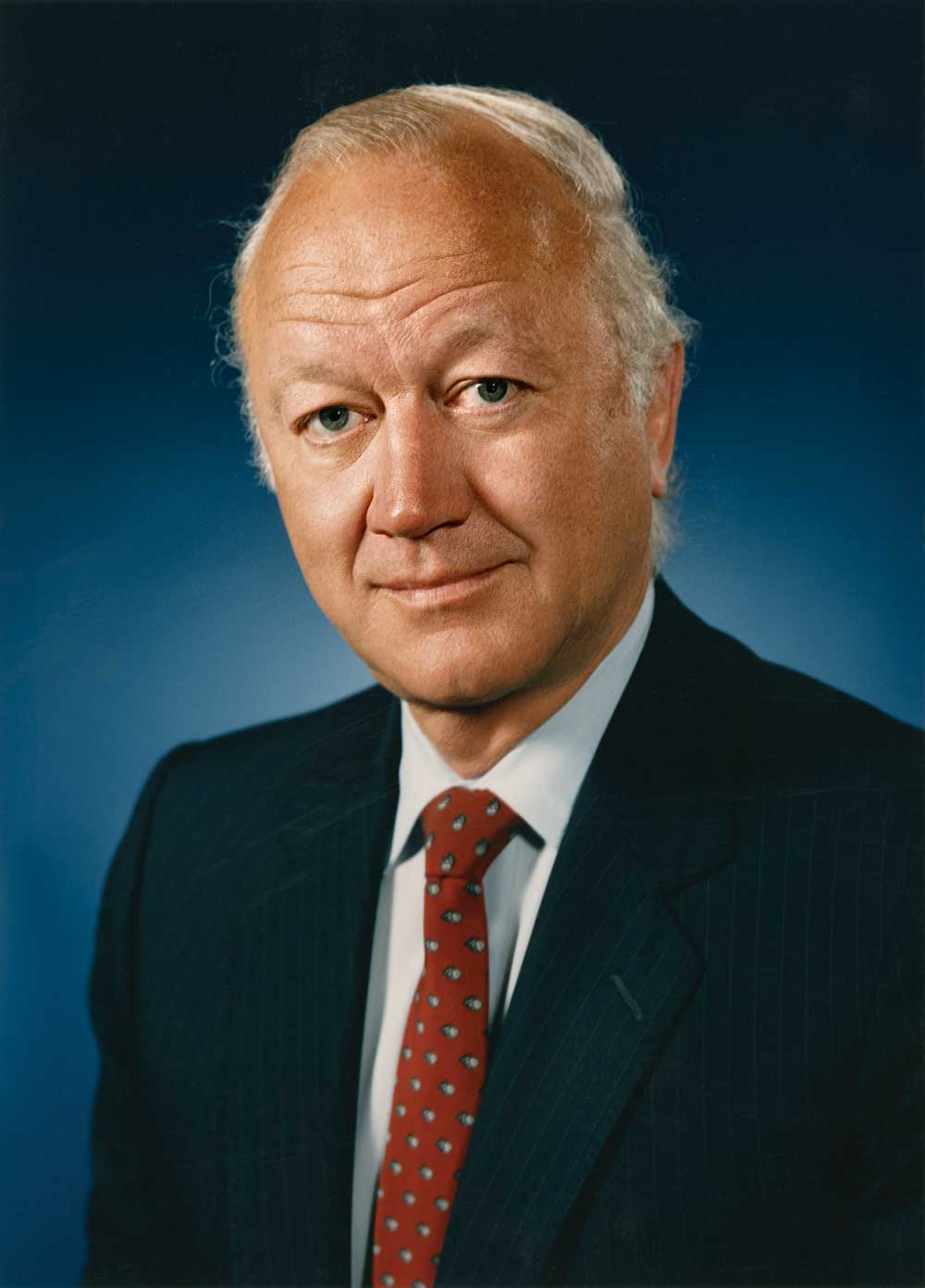 It was also in 1984 that James (Jim) W. Burns became the first President and Chief Executive Officer of Power Financial. Mr. Burns laid the groundwork that allowed Power Financial to become the financial services leader it is today and the benefits of his insights still reverberate within the company. From 1971 to 1978, he was President and Chief Executive Officer of Great-West Life, and much of the company’s rapid and successful growth in Canada and in the United States was attributed to his leadership. In early 1979, Paul Desmarais appointed him President of Power Corporation; he remained Chairman of the Board of Great-West Life for many years afterward. In the early years, Power Financial was chaired by Paul Desmarais; Frank Knowles served as Deputy Chairman.

Under the team’s leadership, Power Financial moved quickly to restructure its holdings, convert its indirect interests in Great-West Life and Montreal Trust into direct ownership and acquire the business of Investors Group’s operating subsidiaries through a new subsidiary. Subsequently, both Great-West Life and Investors Group made public offerings, partly in order to create benchmark prices that would ensure a more realistic reflection of the value of Power and Power Financial’s holdings.

Twenty per cent of Power Financial was sold privately to the Royal Bank of Canada, the Bank of Nova Scotia, and La Caisse de dépôt et placement, the Québec government’s pension fund, for a total of $138 million. Power Corporation then sold another 3 million Power Financial shares through a secondary offering in conjunction with Power Financial’s initial public offering, reducing its position to 70 per cent. Most of the proceeds that accrued to Power were applied against its debt. Power Corporation raised another $130 million by issuing treasury shares. As well, in 1985, it sold its holding in National Bank of Canada and received more than $187 million for its stake in Canadian Pacific Limited.

The result was the complete elimination of the Corporation’s long-term debt – an objective which was to remain central to its strategy from then on.

As the economy improved and earnings increased, Power was in an enviable position to build upon its core investments and look for new ones. It continued its practice of supporting its most successful subsidiaries, maintaining or increasing its positions in Investors Group, Great-West Life, Montreal Trust, Consolidated-Bathurst, and Pargesa, often as the result of new public offerings on their parts. Indeed, directly or indirectly, Power Financial raised almost $450 million in 1986 and early 1987, more than half of which remained in liquid resources. 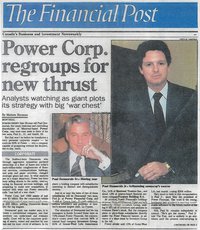 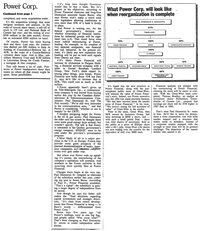 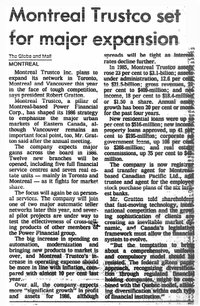 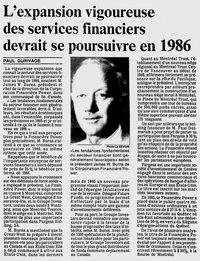 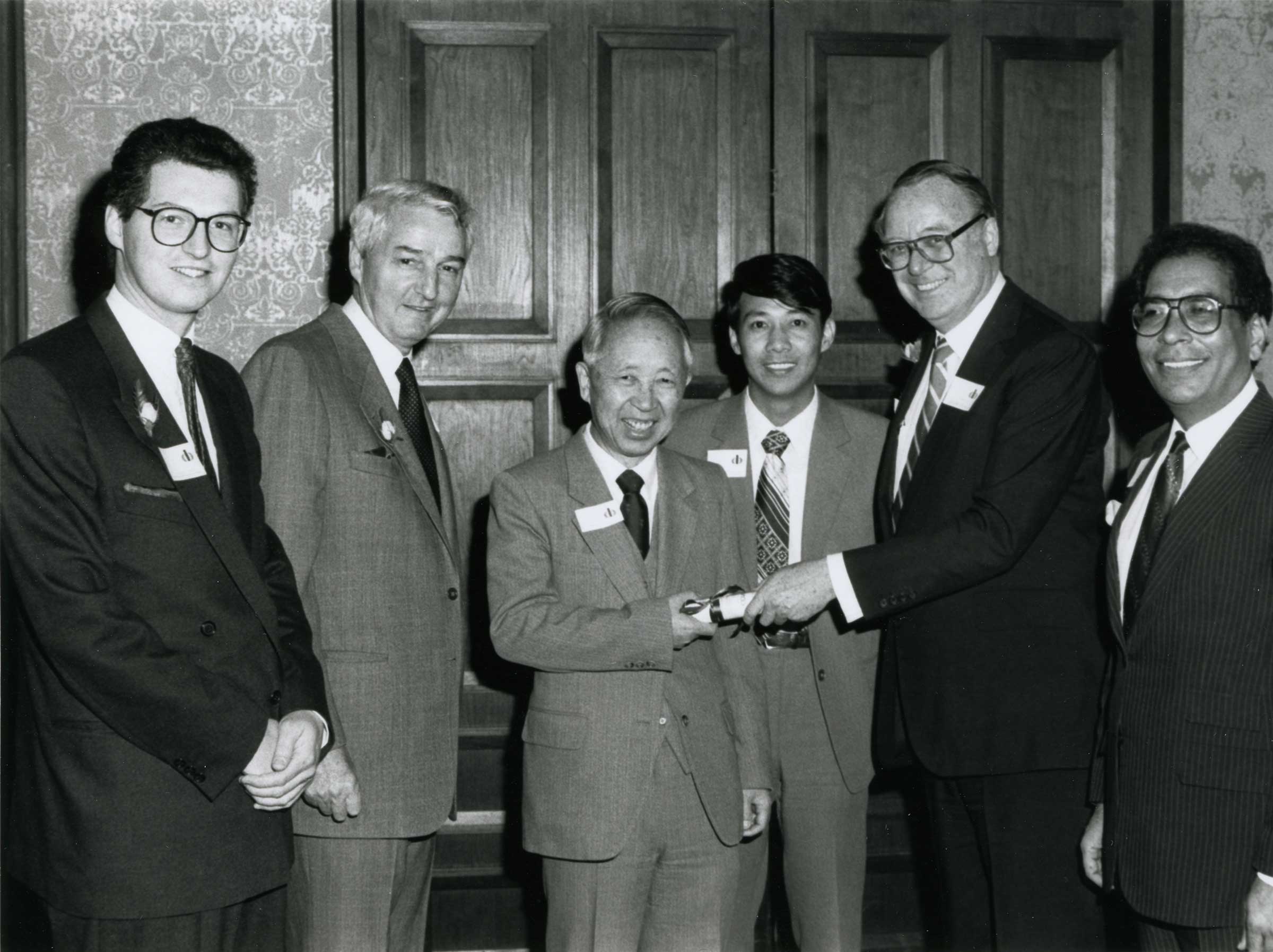 Meanwhile, Power Corporation was expanding in other areas. In 1986 it acquired the Québec and Ontario radio and TV stations of Katenac Holdings Ltd. and Prades Inc., which were later gathered into a new wholly owned subsidiary called Power Broadcasting. It also made an advantageous investment in Sutter Hill Ventures, a successful venture-capital limited partnership based in California.

At the same time, Power and Consolidated-Bathurst joined as equal partners in forming Power Consolidated (China) Pulp, which then bought a 50 per cent interest in a pulp mill in Castlegar, B.C., in an alliance with the Canadian subsidiary of the China International Trust and Investment Corporation (CITIC), the international investment arm of the People’s Republic of China. This joint venture with CITIC, which represented its largest investment to that date outside China, was to be the first of many, and it marked the special, ongoing relationship that Power Corporation had established with the government of China beginning in the late 1970s.

In its annual report for 1986 Power Corporation paused to consider what it had accomplished since 1967. Its assets had grown from $165 million, primarily invested in about 20 companies, to more than $3 billion, essentially invested in just two major holdings – Power Financial and Consolidated-Bathurst. Power’s earnings before extraordinary items were $136 million in 1986, as opposed to $4.6 million in 1967. Dividends had increased from 5.5¢ a share to 50¢ a share on a comparable basis, and shares had been split two-for-one in 1979, 1985, and again in 1986.

The Corporation attributed this remarkable record of performance to its philosophy of providing for the presence of strong, independent business leaders on the boards of directors of each of the corporations and for the development of executive officers and management teams who receive encouragement, support and reward from their respective boards and from the parent corporation.

The 1980s, which had begun with so much uncertainty, ended with an important transaction. In January 1989, Power received an unsolicited offer of $25 a share from Stone Container Acquisition Corporation for its shares of Consolidated-Bathurst. Given Power’s long and important history with Consolidated-Bathurst, the board’s decision was not easily reached. But the offer, representing two and a half times book value, was extremely attractive, and Power had concerns about the future of the pulp and paper industry, its global overcapacity, the weakening competitiveness of Canada’s fibre supply, and the continual requirements for new capital expenditures, particularly related to environmental issues. The transaction was one of the largest business deals in Canadian history up to that time; Power’s proceeds from the sale of its interest were $1.022 billion.

Two months later, in March 1989, BCE Inc., the Montréal-based parent company of Bell Canada, offered $547 million for Power Financial’s shares of Montreal Trust, which was approximately two times the carrying value of the investment. The offer was accepted, largely because of the Corporation’s ongoing reservations about the ability of mid-sized deposit-takers such as Montreal Trust to compete successfully over the long run with Canada’s enormous chartered banks.

From 1982 to 1989, Robert Gratton led Montreal Trust through a period of substantial growth and a significant improvement in its financial performance as its Chairman, President and Chief Executive Officer. 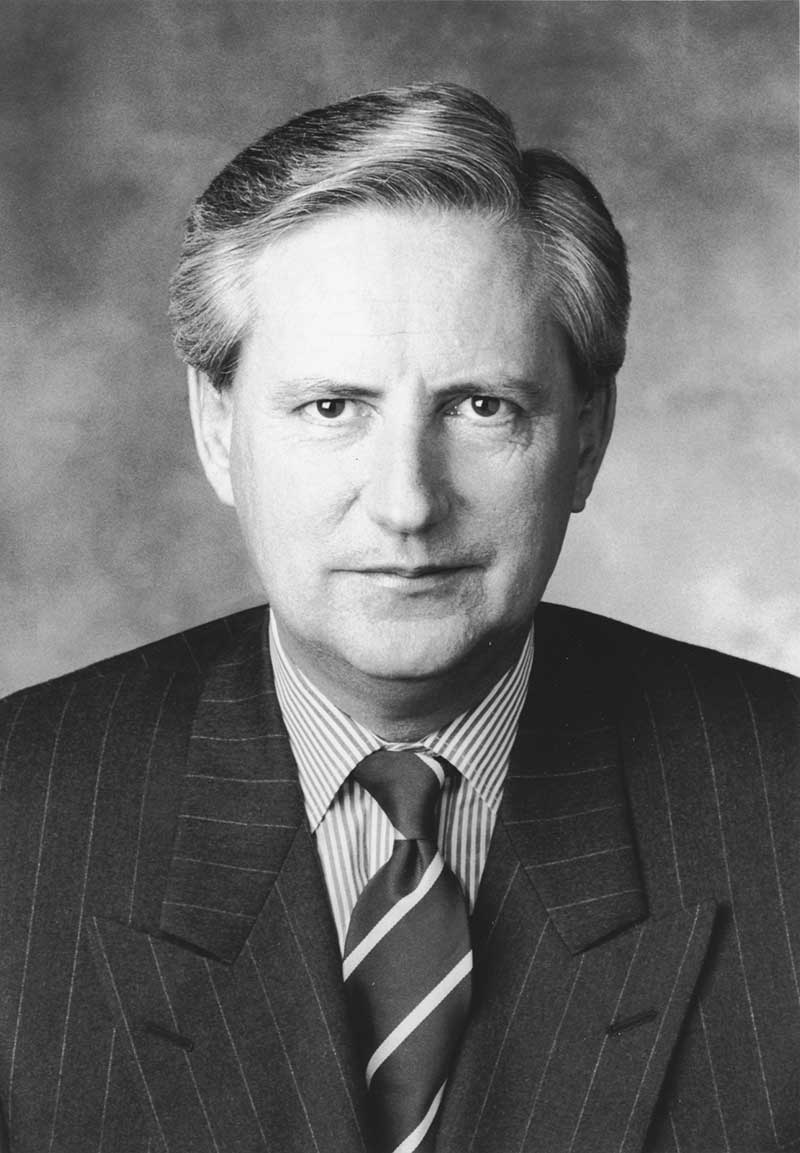 Robert Gratton, President and Chief Executive Officer of Power Financial Corporation from 1990 to 2005

The timing of the sale of Montreal Trust to BCE was prescient as within roughly a few years of the transaction, Canada’s trust business was taken over by the country’s major banks.

The Power group’s share of pre-tax gains on these two transactions was in excess of one billion dollars, and Power Corporation itself was able to end the decade by declaring a special dividend of $1 per share to the holders of its participating preferred and subordinate voting shares (previously called common shares). 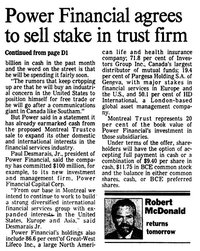 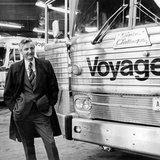 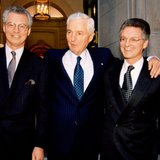